Safe Drinking Water Standards: What You Need To Know

Nothing is more essential than safe and accessible drinking water. Without water, most forms of life on earth could not survive. This is especially true because human beings are required to consume an average of two litres of water every day. Given the fact that our bodies are almost two-thirds water. Therefore, it should come as no surprise that we require so much of it.

However, despite of our universal need for drinking water. There are still people left without clean drinking water every day. Today, roughly one in every nine people around the world do not have access to safe drinking water close to home. In gross terms, this amounts to over 840 million people. This statistic is staggering and simply unacceptable.

Horrifying statistics prove that clean water access is a major global health issue. This problem was made worse since deadly diseases such as diarrhea are primarily contracted by the consumption of tainted water. In desperation, millions of people resort to drinking unclean water as they are left without any hope of finding safe, treated water.

To help prevent the massive loss of life caused by unsafe drinking water. International organizations and government bodies have created drinking water quality standards. Together, these standards form the basic minimum parameters required for drinking water to be considered safe for consumption.

The Drinking Water Book: How to Eliminate Harmful Toxins from Your…

ChemConnections: Water Treatment: How Can We Make Our Water Safe to…

In 2011, Australian National Health and Medical Research Council published a list of references and guidelines for drinking water quality. Since then, the Australian Drinking Water Guidelines have been the national authority on the matter. The most recent edition, published in 2017, can be accessed here.

Australian Drinking Water Guidelines were developed after several rigorous scientific studies established the basic standards for drinking water safety. Their Standards encompass both aesthetic and health-related concerns. In Australia, they are enforceable by law and every public water treatment center must follow their directives.

In 2018, European Union (EU) and the European Environment Agency (EEA) published the latest edition of the Drinking Water Directive. It was based on over 30 years of scientific analysis sponsored by the European Commission. It was also designed to ensure effective monitoring, supply, and quality when it comes to public drinking water in Europe.

Drinking Water Directive applies to all public water distribution systems in Europe. It served more than 50 persons of the population. It is also pertinent to bottled water and suppliers of water to industrial sites. An overview of the latest edition of the Directive can be accessed here.

The following is the list of the EU Drinking Water Directive section on parametric chemical standards. Under EU law, no drinking water can contain contaminants in excess of the following concentrations.

In the United States, federal legislation governs all drinking water within the country. Under the Safe Drinking Water Act (SDWA). So, all public and private distributors of water must comply with the same set of universal quality standards. These standards are also monitored and continually revised by the Environmental Protection Agency (EPA).

The EPA’s drinking water standards are in place to protect public health. In 1974, the SDWA has enforced basic minimum water pollution standards so that waterborne diseases are not consumed through drinking water. Hence, all Americans are protected by standards set under the SDWA today. A summary of the SDWA can be accessed from the EPA website.

Types of Contaminants Under the SDWA

The SDWA defines four broad categories of drinking water contaminants. There are also many substances and chemicals that fall into each category. They are all equally restricted under the law. The following contaminant varieties are listed in the SDWA under the Contaminant Candidate List (CCL).

The physical class of contaminants changes the appearance of the water, as well as its properties, and cellular level. Physical contaminants can include everything from soil to small sticks and seeds that flow into a water supply via a river or delta. 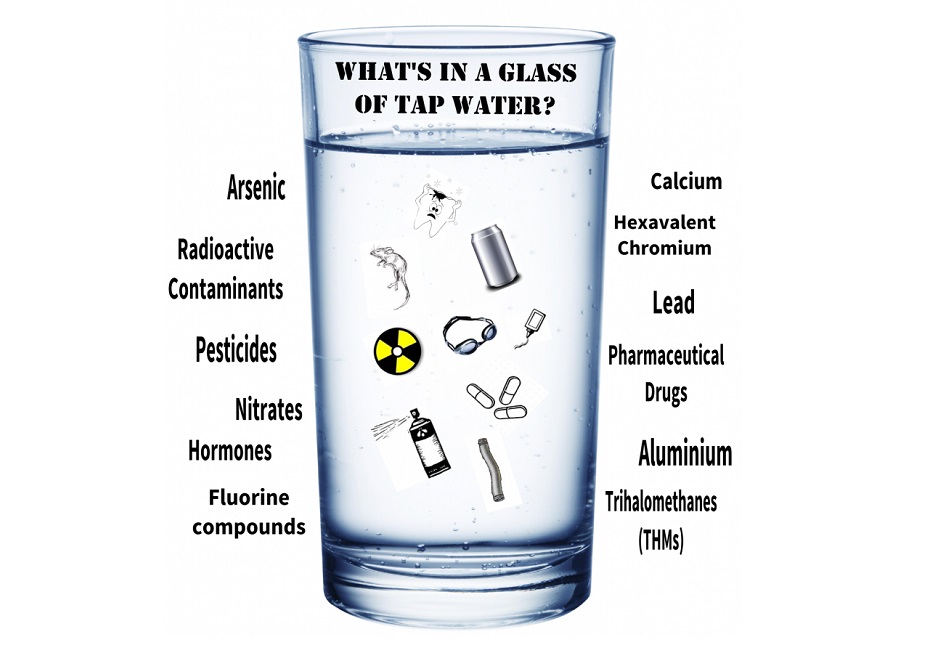 The chemical class of contaminants contains elements or compounds. In both cases, they can be organic or inorganic substances such as chemical contaminants include bleach, lead, fertilizers, and salts.

The biological class of contaminants describes organisms found in the water supply. This class also encompasses everything from microbial organisms to parasites. However, this class also describes parasites, bacteria, and viruses.

The radiological class of contaminants contains chemical compounds and elements that are unstable at the atomic level. As a result of their instability, they produce ionizing radiation that is harmful to biotic life. Radioactive substances included in this class are uranium and plutonium.

In addition, the Ministry of Health in China uses their drinking water standards to enforce water distributor’s compliance with the law. These standards are not only protect Chinese residents from exposure to harmful pollutants. But they also serve to protect China’s public waters and rivers. Furthermore, the 2007 amended version of the Chinese Standards for Drinking Water Quality document can be viewed here.

The World Health Organization (WHO) is an international organization that is dedicated to the global advancement of public health. It is based out of Geneva, Switzerland, and it is also an agency of the United Nations. The WHO is committed to all facets of public health. From the eradication of communicable disease to the promotion of sexual and reproductive health.

In 2017, the WHO published their most recent edition of the Guidelines for Drinking Water Quality (GDWQ). Although these guidelines are not enforced by law, they set the basic parameters for national governments to follow. For example, the Chinese and Canadian governments have both established national drinking water laws based on the WHO guidelines.

The WHO Recommended Limits

The GDWQ lists several substances that should be monitored closely by public health authorities. Based on the conclusions of several prominent studies. WHO’s list sets out the minimum standards for drinking water contamination. According to the WHO, any drinking water that exceeds the following levels of contamination is unfit for human consumption.

The Risks of Water Contamination

If drinking water is not properly treated, serious public health crises can occur. Although many government bodies set out rules and guidelines for water distributors to follow. These rules are often broken. This is because water treatment is a costly and infrastructure-intensive procedure that many poor countries cannot afford to provide.

Sometimes, even wealthy countries can be subjected to drinking water crises. Recently, the city of Flint, Michigan, in the United States, has experienced a major public health crisis due to lead seeping into their water supply. According to PBS, the Flint lead water crisis has claimed numerous lives and has caused a stark drop in fertility rates.

Beginning in 2014, the local authorities in Flint switched their water supply to a system that used old leaden pipes. These pipes were not properly inspected, which led to harmful chemical elements seeping into their water supply. As of 2018, the crisis is still ongoing.

According to the WHO guidelines, lead cannot exceed a concentration of 0.015mg per liter of water. In the case of Flint, the local drinking water surpassed this concentration of lead several times over. Tragically, this crisis could have been prevented by proper monitoring. The Flint crisis proves that drinking water standards must be followed strictly to prevent future tragedies.

The Drinking Water Book: How to Eliminate Harmful Toxins from Your…

ChemConnections: Water Treatment: How Can We Make Our Water Safe to…